Security at Maharashtra Chief Minister Uddhav Thackeray’s official residence, “Matoshree”, has been increased, after a phone call from an unidentified man who claimed to be calling from Dubai on behalf of underworld don Dawood Ibrahim.

The phone call, dismissed as a possible hoax by Shiv Sena leader Anil Parab, was made late Saturday night – around 10.30 PM – according to news agency PTI.

“Yesterday one call was received at Matoshree. The caller said, ‘I am connected to the Dawood gang and want to talk to the CM. But it wasn’t any threat call. The police will investigate whether it is hoax or what,” Mr Parab said Sunday evening.

An unnamed official from the Chief Minister’s residence was quoted by PTI as saying the “hoax” caller rang up the “Matoshree” number twice and said Dawood Ibrahim wanted to speak to Chief Minister Thackeray.

“However, the telephone operator did not transfer the call to the Chief Minister,” the official said, adding, “The caller did not reveal his identity, but only said that he was calling from Dubai on behalf of Dawood Ibrahim”.

Local police were informed about the calls, following which extra security was deployed outside Uddhav Thackeray’s bungalow, the official also said.

The cops told PTI they were also trying to verify the source of the calls; the caller had claimed to be calling from Dubai.

Dawood Ibrahim, who heads a vast and multifaceted illegal business empire, emerged as India’s most wanted terrorist after the 1993 Mumbai bombings in which 257 people were killed and 700 were injured.

Besides the Mumbai blasts, the 59-year-old don is also accused of masterminding other terror attacks and faces multiple charges of money laundering and extortion. India and the US also accuse Dawood of financing terror groups including al Qaeda and Lashkar-e-Taiba.

Last month the Pakistan government, after years of denying that it was sheltering him, admitted that Dawood Ibrahim lives in Karachi. The admission was in a list of 88 banned terror groups disclosed as part of its efforts to wriggle out of the threat of tough financial sanctions for helping terrorists. 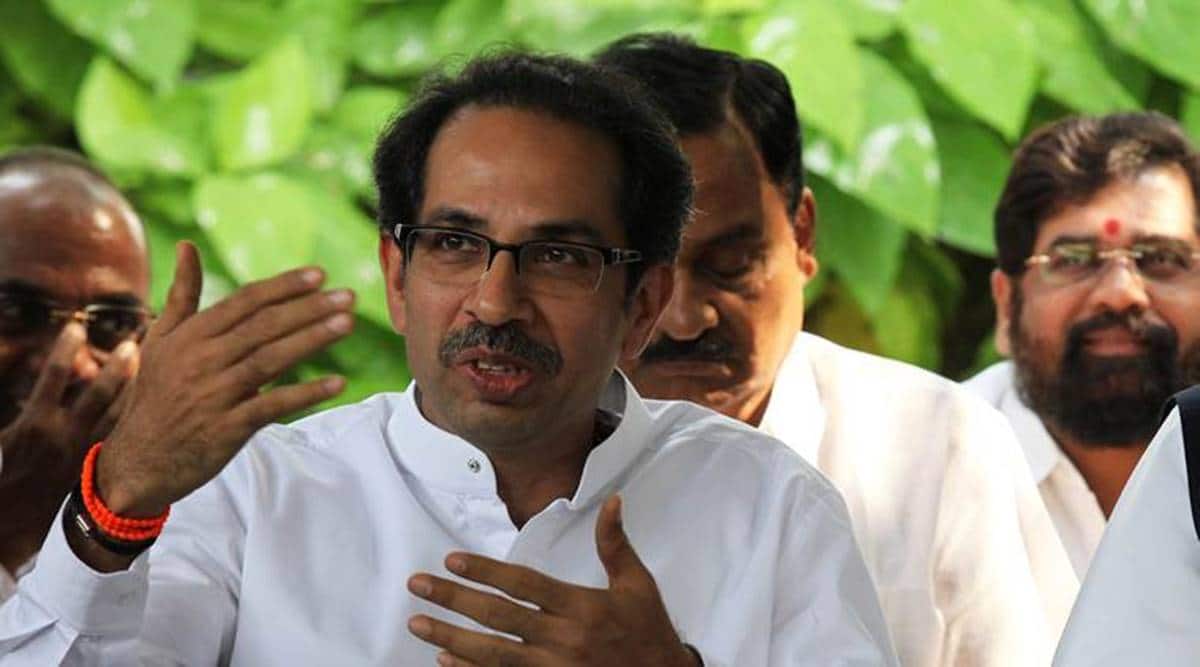 SECURITY HAS been scaled up at Chief Minister Uddhav Thackeray’s residence in Bandra East after a man, claiming to work for fugitive gangster Dawood Ibrahim, made two phone calls on Saturday night and threatened to blow up Matoshree, police said.

It quoted state Home Minister Anil Deshmukh as saying that the crime branch is conducting a thorough probe in the matter.

A senior Mumbai Police officer said the caller made two very short phone calls on the landline phone of Thackeray’s residence. Both the calls were answered by a telephone operator.

“The caller identified himself as Mohammad Khalid and claimed to be a member of the Dawood Ibrahim gang. He told the operator that ‘Bhai’ wanted to speak to the CM and asked for the calls to be transferred. The phone calls were terminated by the operator,” the official said. The operator reported the phone calls to the police.

Additional police personnel was rushed to the high-security residence and efforts are underway to trace the phone call, the official said.

Expressing concern over the calls, Shiv Sena leader and state Transport Minister Anil Parab, however, said the caller did not threaten to blow up the bungalow but had wanted to speak to the CM.